Celebrating the Most Influential Women this International Women’s Day 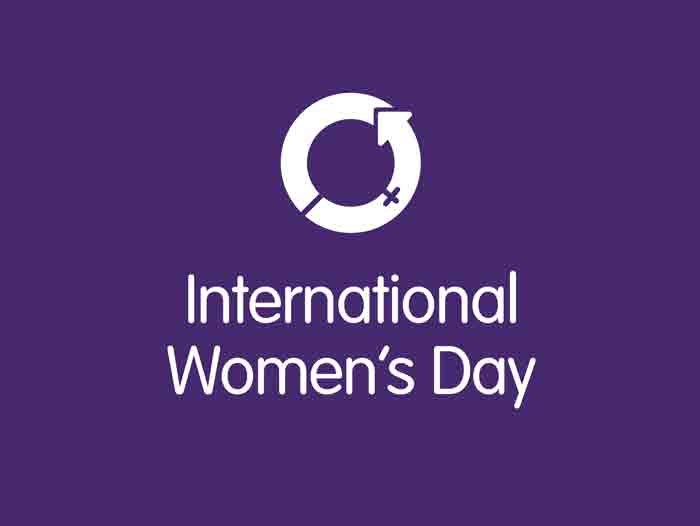 From family members to friends, colleagues and celebrities; women around the world continue to do some pretty amazing things that need shouting about and celebrating.

What is International Women’s Day?

An opportunity to celebrate the achievements of women, International Women’s Day gives us all the chance to sit down and really think about the women who have shaped our lives.

Ranging from political leaders to literary geniuses, sporting icons to music legends and those nearest and dearest to us, we should always be celebrating women as  people, professionals, parents, children and siblings – and there are those who, understandably, believe that it shouldn’t take an awareness day to do this.

In the last couple of years, we’ve seen the day grow in prominence. Searches for International Women’s Day were higher in 2018 and 2019 than ever before, and we’ve seen interest in the day rising for several weeks with people keen to get involved at work, at home and in their local area.

Last year, the team at McCann Manchester created a great video that asked our female employees what a letter to their younger selves would say, and it was an ideal opportunity to highlight some of our internal success stories and show others that anyone can achieve their goals in life.

This year, events such as ParkRun, which takes place each Saturday morning, are celebrating International Women’s Day with a special themed run on Saturday 7th March, supported by This Girl Can and Sport England, with a real push to get as many women and girls as possible to take part in the free, fun 5K event.

The most influential women in our lives

To really shine on a light on female success stories, their contributions to and influences on our lives, we wanted to take a different look at International Women’s Day this year.

We spoke to people from across both McCann Connected and McCann Manchester to find out what the day means to them, and to celebrate the achievements of some of the greatest women to have ever walked this Earth – and not just those in the public eye either!

As you might imagine, there were a wide range of influential women listed in our survey responses. Names included Michelle Obama, Marie Curie, Victoria Wood and Stacey Solomon, who have all come from humble backgrounds or fought through adversity to form highly successful careers. Others suggested the likes of Sophie Scholl, Ada Lovelace, Tracee Ellis Ross, Gertrude Bell and Madonna; but there were also plenty who said that their mums, grandmas and wives have been the biggest influences on their lives.

As we grow up, our dream careers change on an almost weekly basis, but there are some who have followed in the direct footsteps of female pioneers and those we aspire to be like.

From people we’ve worked with in junior roles, to those we work with today and people named by our respondents such as Florence Nightingale, successful women have paved the way for lots of us in our chosen careers.

For many, the inspiration and helpful push came from their mums. One of our survey respondents told us:

“My mother was a strong influence. She'd always worked hard and went to university in her mid-40s whilst still working full-time, and with three girls! At the early stages of finding my career, I was lucky enough to have some strong female role models throughout my education, both at college and whilst at university, and they definitely inspired a lot of my career choices.”

Another survey respondent said “My mum was inspirational as she always did things properly and with style. I wanted to be as good as her.”

Content Manager at McCann Connected, Amelia Thomas, gave “a resounding YES” when asked if her career had been inspired by successful women. “From JK Rowling and Jane Austen to Helen Fielding and Louise Rennison, there were plenty of female names on my bookshelf, who shaped my love of reading and writing” she said.

Female athletes and famous figures have had to work incredibly hard over the years, to even get close to the same levels of acclaim as their male counterparts, and today there remains prize money differences between male and female sporting events – something that the new cricket competition, The Hundred, is taking steps to prevent, by offering the same prize fund for both female and male teams that win the inaugural competition this summer.

Senior Content Specialist Elle Mecrow, who is currently in training for the Manchester Marathon, named Dina Asher-Smith as a major influence on her. “The fastest British woman in recorded history, and she’s only 24! Inspirational. She’s so powerful, driven and enthusiastic. Her Instagram is such a good pick me up, I love her.”

Most of us dreamed of being just like someone else when we were younger (and some of us still have aspirations to be that person today!). Growing up to be just like an idol, for many, has helped to shape the people we are, including the music we listen to, the clothes we wear, our hobbies and career choices, and the way we behave.

Among those mentioned in our survey results were Eleanor Roosevelt, a former American First Lady who “did so much for African-Americans and women’s rights, and had an immense influence on her husband’s decisions as President – one of the most influential women in American history,” according to one respondent in our survey.

Following a similar theme, Margaret Thatcher was cited as a powerful and iconic female figure for one respondent: “She was very strong and opinionated in what was then a man’s world. She was certainly a one-off, leading the way for women to be more powerful and take up executive positions.”

Other names to have come up were action heroine Angelina Jolie and the talented pianist Nina Simone.

The biggest challenges faced by women today are…

Of course, growing up with inspirational role models is great but moulding yourself or your career path on a particular person doesn’t always portray the real story of how that person got there. Over the years, women have faced countless challenges, many of which still stand in the way today.

When we asked for the biggest challenges faced by women today, we got some incredible responses. Here is just a selection from across the agency…

What does International Women’s Day mean to you?

The last thing we wanted to know, was what International Women’s Day means to people individually. There are some who will say that the day is only celebrated because walls still need to be broken down, and that it wouldn’t be necessary if men and women were treated equally, and for others it’s a day to celebrate and an opportunity to remind the world of women’s achievements throughout the years.

Paid Search Executive Abby Crewe, who came through the McCann Apprenticeship scheme, said “For me it is a day to celebrate how far we have come in terms of equality. A day where we can celebrate our female friends who are amazing and have achieved so much, but also a day to raise awareness that sexism is still very much present.”

For Elle, International Women’s Day is about “celebrating the ambitions and achievements of women from all disciplines and from all over the world. Women supporting women. Recognising how far women's rights have come but also how much work is still needed.”

Other views from across the agency include:

Whatever you do to celebrate International Women’s Day this Sunday, make sure you say thanks to some of the special women in your life.